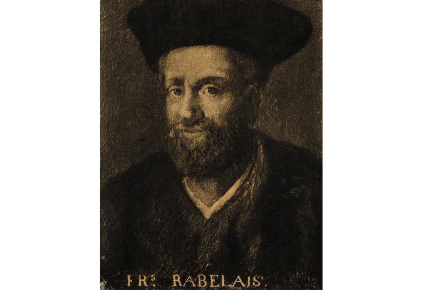 François Rabelais and his use of the phrase « Fay ce que vouldras »,

Do what thou wilt

At one time we find the Master Therion writing an essay titled The Antecedents of Thelema in which he starts by saying:

It has been remarked by some critics of the Law of Thelema that the words “Do what thou wilt” are not original with the Master Therion: or, rather, with Aiwass, who uttered to the scribe Ankh-f-n-khonsu, the priest of the princes, the Book of the Law.

He then goes on by mention some words of St. Augustine: “Love, and do what thou wilt.”, and then of course the words of François Rabelais from his story of Gargantua, « Fay ce que vouldras » – Do what thou wilt / Do what you like. I shall encourage the reader to revive this interesting essay if necessary, or read the works of François Rabelais who wrote under the pseudonym of "Alcofribas Nasier" – an anagram created out of "François Rabelais", and the pseudonym under which he published his first two books (Pantagruel, 1532; Gargantua, 1534). However, let us look at « Fay ce que vouldras » and Rabelais and let me start by saying – as also pointed out in the Master Therion’s essay – that, of course, these words of Rabelais together with his mention of the Abbey of Thelema in a special way announced the coming of the Master the Lion and his Word and Law. In my opinion the work of François Rabelais is ‘giant’ literature – humour, genius, thoughtful, and searching.

Through the years the works of Rabelais have been studied extensively, and especially some of the old commentators have found something interesting concerning the famous words « Fay ce que vouldras ». In an annotated critical edition of the works of François Rabelais published in 1823 by two members of the Société royale des antiquaires, Charles Esmangart, and the French philologist, and antiquarian Éloi Johanneau (1770-1851), there is the mentioning of an old French manuscript entitled La moralité des nobles homes et des gens du people sur le jeu des eschects – or what we could call ‘The interpreted game of chess’. This text had been translated into French from Latin by frère Jehan de Vignay, a monk hospitaller of Paris who flourished around 1350. The work was dedicated to Jehan de France, Duke of Normandy who lived from 1319-1364. It was later decorated with portraits of the French king Louis XII (r. 1498-1515), and his consort Anne de Bretagne (1476-1514), playing chess, together with the motto:

The first line is what is found in Gargantua but the meaning of the whole sentence is in English translation: ‘Do what you would wish to have done, when you come to die’ – “when you come to die”, i.e. when you during a game of chess are in check and mate! Gargantua was published in 1534 and when Book V of Pantagruel was issued in 1564 – its final part – Rabelais described throughout two chapters a living game of chess in which music and dancing were introduced into the game. On reading the books I found in the preceding Book III (Pantagruel. Livre III, Chapitre XXVII) the following significant words:

– they cannot do now what they would, because they did not when they could! Therefore, one may consider the possibility that Rabelais ‘The Chess player’ had known the mentioned MS. and found inspiration to his literary work in it. Louis XII had presented the MS. to Francis I (r. 1515-1547). King Francis I of France and his sister Marguerite de Navarre (1492-1549), enjoyed Rabelais' works, and the king gave Rabelais his protection.

Some have compared Rabelais’ life with a great game of chess. Many daring literary attacks created many counterattacks and problems from influential enemies, but with great cleverness and ingenuity – together with help from his friends – he succeeded in neutralizing these attacks and ultimately won the game and stayed alive!

Interestingly, I find the Russian philosopher and literary theorist Mikhail Mikhailovich Bakhtin (1895-1975), saying in his noted book Rabelais and His World that he does not see the Thélème episode as a key to Rabelais’ philosophy nor to the entire novel. In this book – a classic of Renaissance studies from 1965 E.V. – Bakhtin writes:

In reality, Thélème is characteristic neither of Rabelais’ philosophy nor of his system of images, nor of his style. Though this episode does present a popular utopian element, it is fundamentally linked with the aristocratic movements of the Renaissance.

However, from a literary point of view it is obvious, I think, that in order to create a plot a maxim as ‘Fay ce que vouldras’ would function well by linking it with an abbey populated by Christian friars, friars expected to live by opposite rules, extirpating their own personal wants and wishes, serving a doctrine based on belief instead of knowledge and free thought. Further, we must not overlook that Rabelais entered the order of the Observantine Franciscans and lived in a monastery for some thirteen years. He also studied Greek, which at that time was regarded as suspect because of its impact on biblical interpretation fixed in the Bible’s Latin translation since it gave a deeper knowledge and possible divergence in translation of certain passages found both in the New Testament – which originally was written in Greek – and in the Old Testament’s Greek translation LXX – and in both Testaments's Greek versions the word θέλημα was frequently found!

Regarding this, mention must also be made of Johannes Duns Scotus (c. 1265-1308), of the High Middle Ages, the Scottish Scholastic philosopher, and great theologian of the Franciscans who build largely on specific conceptions of the will, and whose work Rabelais must have had a thoroughgoing knowledge of.

It is also important to notice that the Thélème episode only expands in a few chapters of the book and that it hereafter not is mentioned directly again – a fact which seems strange considering this episode’s literary potentials. This episode’s sudden emergence and rapid disappearance suggest in more than one way a dream! So, all things considered, it can be looked on as a kind of alien element communicated to him somehow and containing for some now a prophetic utterance!

In his essay we find the Master Therion also pointing to that Rabelais in the end of the oracle (Enigme en prophétie – Prophetic Riddle), given in the final chapter of the first book of Gargantua, even “indicates the Master Therion by name!”. He goes on by saying:

The very last verse of his oracle runs thus:

(An extract from For the Thelemites, Chapter 23, “On the Antecedents of Thelema”, but here printed without notes indicating sources etc.) 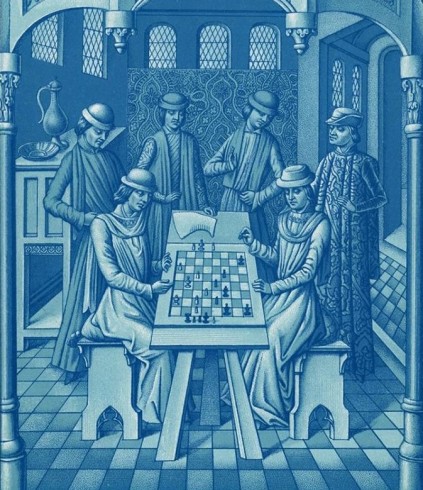 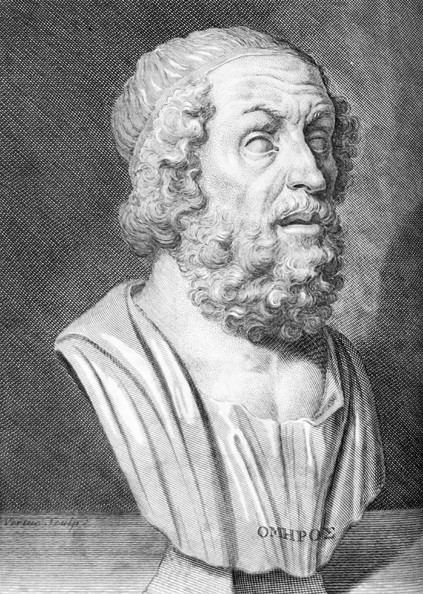 François Rabelais wrote Gargantua and Pantagruel in the Renaissance. But more than 2000 years before the Renaissance another literary giant, Homer (flourished 9th or 8th century BCE?), (left), the legendary ancient Greek epic poet, had used the words “Do what thou wilt” in two works. What in English may be translated as “Do what thou wilt”, or, “Do as thou wilt”, Ερξον οπως εθελεις, Erxon opōs etheleis, is found six times in the work of Homer – three times in the Iliad, and three times in the Odyssea. For example, in Odyssea (Book 13, v. 145.) we find Zeus, the cloud-gatherer, saying to Poseidon, the earth-shaker: Ερξον οπως εθελεις και τοι φιλον επλετο θυμωι, Erxon opōs etheleis kai toi philon epleto thumōi, Do as thou wilt, and as is thy good pleasure. However, for the Thelemic provenance of "Do what thou wilt", read the Book Preview of For the Thelemites.

When thou dost wish to know thyself – what thou art, look at the tombs as thou dost pass along the street. In them lie the bones and the light dust of men – of kings, and tyrants, and wise men, and men greatly exalted by reason of their birth, or fame, or personal beauty. And then the time for enjoying these proved all to short. A common grave claimed them all, mortals that they were. Looking to these things, know thyself – what thou art. (Menander, Fragment 538.)

Link: For the history of the Greek Noun 'Thelema', see the extract "Magick"
Link to the "Book Preview"
Link to "Home"