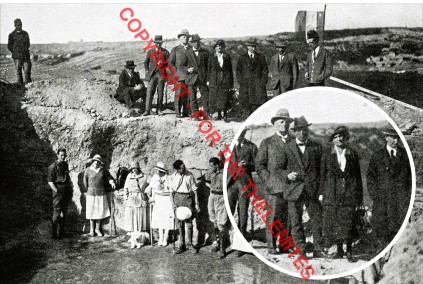 • Photograph (above) from Excavation in Carthage, Tunisia, which in all probability shows Aleister Crowley, Leah Hirsig, and Dr. Theodor Domela, on their visit to Carthage on August 28, 1923 E.V.

Aleister Crowley and Leah Hirsig were after Crowley’s expulsion in May 1923 E.V. from Italy and the Abbey of Thelema in Cefalù by Mussolini staying some two months in a cheap hotel at Marsa Plage, Au Souffle du Zéphir (Zephyr Hotel), near Sidi Bou Saïd at the Mediterranean coast some 22 kilometres northeast of Tunis.

Another bad night: this time because a mouse ran across Leah’s face at 1:15 a.m. She started screaming and became violently hysterical. I copied her as faithfully as I could.

The couple suffered from stress combined with lack of money after the expulsion from Italy. Both Crowley and Leah needed medical care and they got help from a Dutch-born English educated physician in Tunis, Dr. Theodor Domela Nieuwenhuis (1872-1941), a son of the prominent Dutch socialist Ferdinand Jacobus Domela Nieuwenhuis (1846-1919).

In 1923 E.V. excavations were going on in the ancient city of Carthage situated not far from La Marsa. On Wednesday, August 29, 1923 E.V., we find Crowley writing in his diary:

On Tuesday [August 28] we drove to Carthage with Dr. Domela, & saw Grotto aux mille Amphores – one of the finest ruins I ever saw!

– the grotto that Crowley mentions must be ‘Fountaine aux mille Amphores’ (Fountain of the thousand Amphorae), which was discovered at Carthage in 1919-20 E.V. by Louis Carton (1861-1924), a French military physician and amateur archaeologist. At the time of the visit to Carthage Crowley had left Au Souffle du Zéphir and was staying at the Tunisia Palace Hotel in Tunis.

(From For the Thelemites, Chapter 15 • The Equinox of the Gods, Part II.)

The three photographs below: 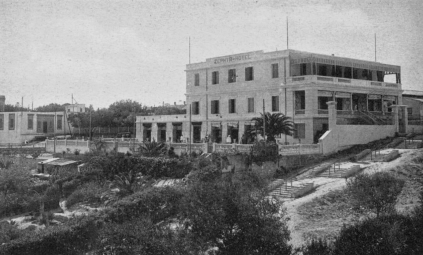 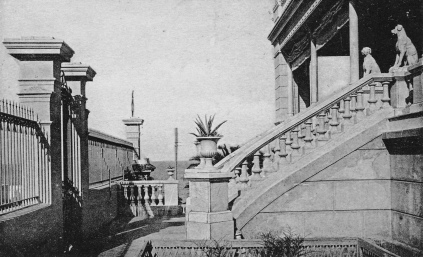 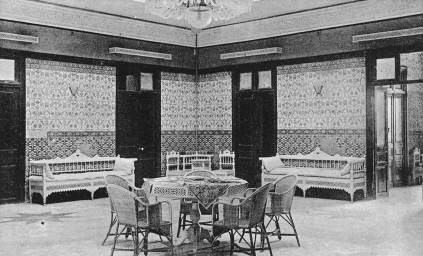 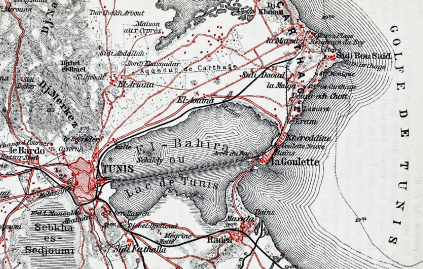 • Section from a 1910s French map showing Cartage, Cape Cartage, Sidi Bou Saïd, and Marsa Plage, norteast of Tunis, Tunisia, at the Mediterranean Coast. Seen is also the ‘red’ hill of Sidi Bou Said, the “Holy Hill of Sidi Bou Said” of the 1925 E.V. vision “The Heart of the Master”. 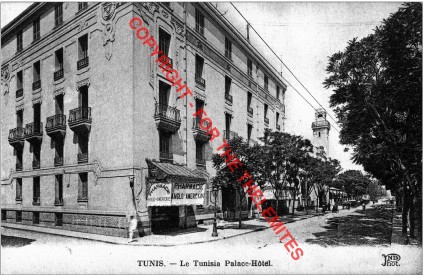 • Postcard dating from the early 1920s of the Tunisia Palace Hotel in Tunis where Aleister Crowley stayed some three months in 1923 E.V. He was expelled by Mussolini from Italy and the Abbey of Thelema in Cefalù, Sicily, on May 1, 1923 E.V., and went to Tunisia and the City of Tunis escorted by the 'Ape of Thoth', American Leah Hirsig (1883-1975). They only stayed a short time in Tunis and owing to Crowley’s bad health moved on to La Marsa and Marsa Plage – a summer resort at the Mediterranean coast, some 22 kilometers northeast of Tunis – for sake of fresh air and quiet. As mentioned above, here they stayed at Marsa Plage in a small hotel on the sea-front, « Au Souffle du Zéphir ». Crowley moved back to Tunis some two months later and on July 25 he decided to stay at the Tunisia Palace Hotel in Avenue de Carthage. It was a good hotel equipped in Oriental style and with a small garden. In his diary he wrote: “Moved to Tunisia Palace [Hotel]. It’s all too strange to me, being treated decently – even reasonably – after all these years. It really does take a little time to settle down to the idea!” There Crowley, among other things, dictated the last part of his 'Autohagiography' – The Confessions – dealing with the expulsion. Note the “Pharmacie Anglo-Americane” at the corner of the hotel. For the interesting story about Confessions, which was for some time called "The Hag", see the 44-page extract "Confessions, 1929 E.V." from For the Thelemites.

• Read, among other things, about how Aleister Crowley met Leah Hirsig in New York City, and about Leah’s older sister Marian Dockerill. Read about the essay "Occult Study – The True Methods and the False" which ‘Frater Perdurabo’ published in a review in New York City in October 1917 E.V., and discover the Psychological Research Society of New York, Inc., together with the Theomonistic Church, and the Oriental University in Washington, DC, and their ‘Diploma Mill.’ – Read online or download this PDF file (41 pp.) containing an extract from FOR THE THELEMITES. [May need further proof reading]

(In connection with this extract, see also the extract "The Method of Science – The Aim of Religion" on the page "Fill and Kill"!) 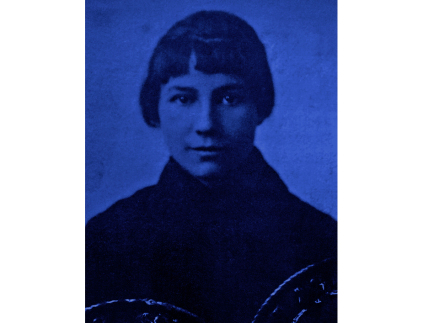 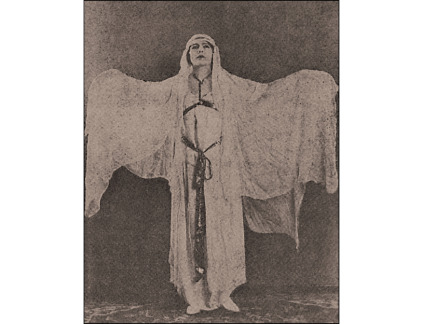