Aleister Crowley's use of the word ‘Magick’ 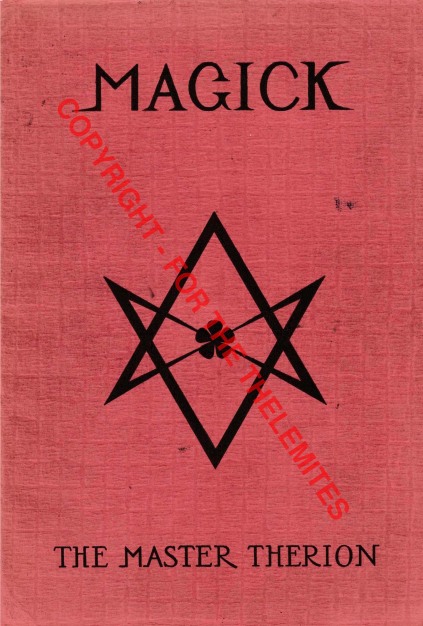 • Front wrapper of the first ‘Section’ of Magick in Theory and Practice by The Master Therion. The work's four Sections (Volumes) were published in 1930 E.V.

• The red textured wrappers of Magick in Theory and Practice (1930 E.V.) chosen by Crowley were decorated with a Unicursal Hexagram and a five-petalled rose in its centre, all printed in black (top, left). This unique symbol was later also depicted and described in The Book of Thoth. Unicursal Hexagram means ‘Hexagram traversing one path’, i.e. drawn in one unbroken line. The ‘old’ rose in the Unicursal Hexagram’s centre is the five-petalled rose found also on the reverse of the Thoth Tarot cards together with the cross – the Rose and the Cross. The Unicursal Hexagram is also found as part of "The Lamen of the Master Therion" on the issued colour plate (raster printed) in Magick in Theory and Practice, and whose colours disappointed him.

Aleister Crowley designed the Unicursal Hexagram found on the wrappers of Magick in Theory and Practice, nonetheless, a design which has several things in common with Crowley’s design was used as a decoration (fence of the lower-level iron galleries) in the military installation 59 Buckingham Gate, London, which was opened in 1886. It was at this location that the inquiry into the sinking of RMS Titanic took place in May 1912 E.V. 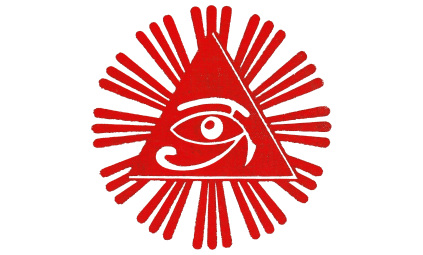 • Read about Aleister Crowley's use of the word "Magick", and about the first number of The Equinox, published in March 1909 E.V.

Read also about the French Romantic poet and writer Gérard de Nerval and his interest in occultism and the Tarot, and discover also the history of the Greek noun ‘thelema’, will. – Read online or download this PDF file (31 pp.) containing exan extract from FOR THE THELEMITES. [May need further proof reading] 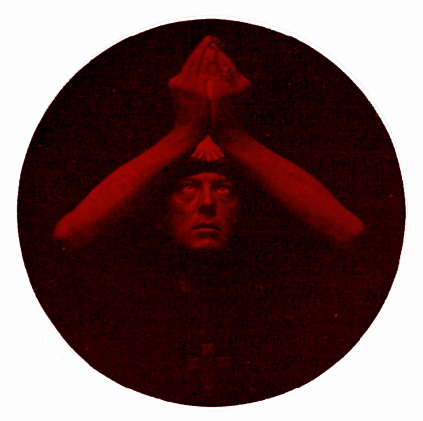 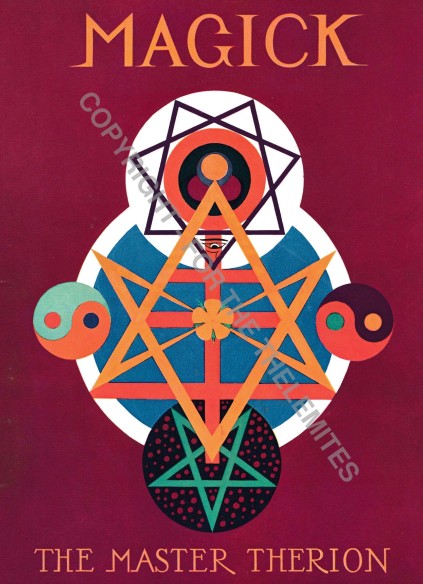 • ‘The Lamen of the Master Therion’ on the issued colour plate (raster printed) in Magick in Theory and Practice.

The neuter noun θέλημα, thelēma, will, is found both in Classical Greek and in the language that developed from it, Hellenistic Koine, or common Greek. The earliest use of θέλημα in writing – as found in the corpus of Greek texts which has survived – dates from the fifth Century B.C.

The word is said to have developed from the verb θελω, thelō, which means “will, wish”. θέλημα (in its genitive plural form “τῶν θελημάτων”) is found in the work of Antiphon Sophista, v B.C., a Greek orator and statesman who took up rhetoric as a profession. He wrote treatises On Truth, On the Interpretation of Dreams, On Concord, and The Statesman. Aeneas Tacticus, iv B.C., who wrote on the art of war, also used this noun. The word is also found in a work assigned to Aristotle, iv B.C., called De Plantis, On Plants, however, that this work should be by Aristotle is today questioned. Then, of course, it is found many times in the second Century B.C. in LXX – the Greek Septuagint version of “The Hebrew Bible”, or תנ״ך, TANAKH (acronym of Torah, Nevee’eem, Ketooveem) – where we, for instance, find it used in the line: ὅτι οὐκ ἔστιν θέλημα ἐν ἄφροσιν, oti ouk estin thelēma en aphrosin, ‘for the will does not lie in foolishness’ (LXX, Eccles. 5,3.).

The noun θέλημα also turned up in what is known as Hellenistic Koine, or common Greek, which is the language found in for instance the writings of the Gnostics, the New Testament, or the History of Polybius, and thus the language, which followed upon Classical Greek. Regarding LXX, although Septuagint Greek is based on Koine Greek it cannot simply be characterized as Koine Greek. The noun's use in Christianity in specific conceptions must also be noticed together with its appearance in Gnosticism where it is found, among others, as name of an Aeon in system of Barbeliote and Valentinian Gnostics.

Regarding "θέλημα", it shall also be mentioned that when the Neoplatonic philosopher Porphyry (c. 234 - c. 305 C.E.), edited and published The Enneads by his teacher Plotinus (205-270 C.E.),  he used the noun θέλημα in the title of the treatise “On the Free Will and the Will of the One” (VI. 8.) – a treatise where Plotinus not had used θέλημα but instead the noun θέλησις. Porphyry was a great opponent of Christianity and he wrote a book titled “Against the Christians”. [For Plotinus, see: The Heart of the Master, p. 31!]

(Appendix from the PDF file "Magick" found above [originally an extract from For the Thelemites, "Chapter 23 • On the Antecedents of Thelema"], but here printed without notes indicating sources etc.)

Why was the Greek θέλημα, will, chosen as the specific word of the Law, and not a word from another language, or one of the other Greek nouns with the same meaning as θέλημα? It is wise to be aware that it has nothing to do with the word’s use and history in Classical Greek, or in Hellenistic Koine (common Greek). No, it was chosen owing to its secret anatomy and numerical value! The explanation is in Liber L vel Legis, and not anywhere else!

As to The New Testament, examples of the use of the noun θέλημα are found in The Gospel According to John where Jesus states:

“I can of Myself do nothing. As I hear, I judge; and My judgement is righteous, because I do not seek My own will [θέλημα] but the will [θέλημα] of the Father who sent me.” (John 5:30.)

(For this see the page "Rabelais"!)

Link to "Rabelais"
Link to the "Book Preview"
Link to "Home" 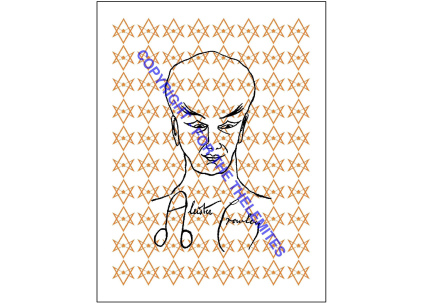