Ankh-af-na-khonsu of ‘The Book of the Law’ 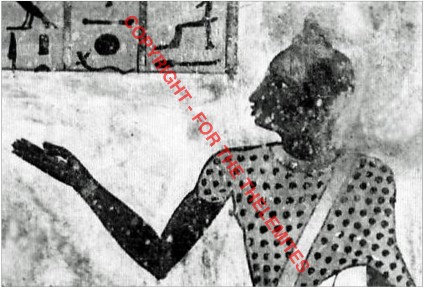 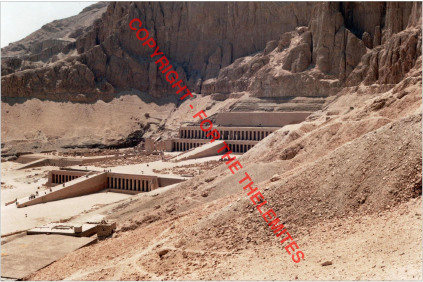 Ankhefenkhons i’s funeral belongings were probably ordered, and most of them, if not all, made, when he was still alive. The last completed were apparently his smaller sarcophagus (Cairo GC 41.001 bis) and his stele (Cairo A 9422). The stele – for the Thelemites ‘the Stélé of Revealing’ – was not part of the 1858 find by Mariette in the mortuary temple of Hatshepsut at Deir el-Bahari (above), but stated found at Gournah, which is located close to Deir el-Bahari! That his smaller sarcophagus and the stele probably were the last completed has a logical explanation, as argued in For the Thelemites. The British Egyptologist John H. Taylor has suggested by evidence of the coffins that the death of Ankhefenkhons i took place c. 700-675 BCE at the end of the twenty-fifth dynasty – a dynasty ruled by kings of Kush in Upper Nubia, in northern Sudan, who ruled also as pharaohs of Egypt. 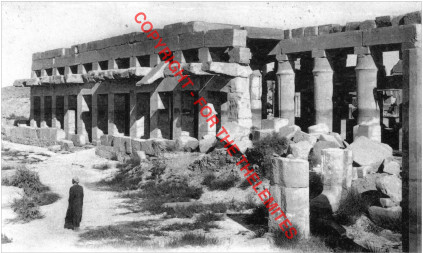 • 1900s photograph of the Festival Temple of Thutmose III in Karnak, which was named Akh-menu, ‘glorious-of-monuments’. The Eighteenth Dynasty temple situated to the rear of the main sanctuary of Amun at Karnak was probably a mortuary temple that commemorated the king's Jubilee Sed Festival. Added to the roof of the Festival Temple was the open-to-the-sky temple of Ra, the so-called "High Room of the Sun", where Ankh-af-na-khonsu, like his father before him, held an office as priest of Ra-Hor-akhty, ‘Re-and-Horus-of-the-Two-Horizons’ – the ‘Ra-Hoor-Khuit’ of The Book of the Law! The temple, which dates from the Nineteenth Dynasty seems to have played a very important role in the observation of the winter solstice and its ritual celebration in Thebes. 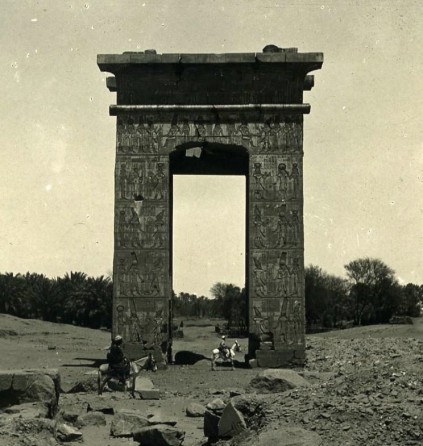 • Ankh-af-na-khonsu held the office of Prophet of Mentu in the Temple of Mentu at Karnak, north-northeast of Luxor. The temple (now severely damaged) and its precinct are situated to the north of the Nektanebo enclosure.

Mentu was a local Upper Egyptian solar deity who because of his association with the victorious King Nebhepetre Mentuhotep of the eleventh dynasty became state god. Nebhepetre Mentuhotep (r. 2061-2011 BCE) – his second name Mentuhotep means "Mentu-is-satisfied" – had reunified Egypt after his victory over his Herakleopolitan rivals, which brought an end to the First Intermediate Period (c.2220-2040 BCE). He was the founder of the Middle Kingdom (c.2000-1650 BCE).

On the picture is seen the monumental gate in the Precinct of Mentu at Karnak (Ptolemaic Period). The decoration on the gate was completed under Ptolemy IV (r. 180-145 BCE). 1900s photograph. 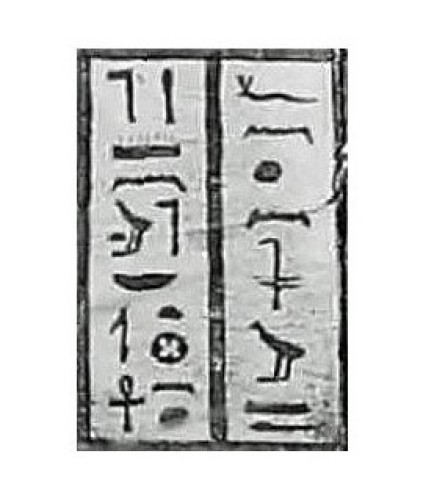 • Below: The ancient egyptian god Mentu (Mentu-Ra) – Lord of Thebes.

• Below: Exterior lid of the inner coffin of Ankh-af-na-khonsu (Ankhefenkhons i, Cairo GC 41.042) – ‘the egg’ which contained his mummy.

• The priest Ankh-af-na-khonsu of Liber L vel Legis (Ankhefenkhons i) held several priestly offices. He was a Priest of Mentu, the warrior-god of Thebes who was called the “Lord of Thebes”, but he also held offices in the cults of Amun, Ra, and Kamutef. And as you will discover in this extract from For the Thelemites, so was he in fact also a priest of ‘Ra-Hoor-Khuit’ in a temple in Karnak – the ‘Ra-Hoor-Khuit’ of The Book of the Law who took his place in the East at the Equinox of the Gods in March 1904 E.V.!

Ankhefenkhons was a popular name in ancient Egypt, and many priests and officials bore this name at the time of Ankhefenkhons i. Although Ankhefenkhons i’s name includes the name of the moon god of Thebes, Khons or Khonsu, so did he not serve this god in the Khonsu temple at Karnak, nor, apparently, did any of the members of his family, the Besenmut family. – Read online or download this PDF file (40 pp.) containing an extract from FOR THE THELEMITES. [May need further proof reading]

(In connection with the two extracts on this page, see also the extracts "Boulak Museum" and "The Replica"!)

• Read about the office of ‘Opener of the doors of the heaven in Ipet-sut’.

Ankh-af-na-khonsu was a Prophet of Mentu but it has been overlooked that he also held offices in the cults of Ra, Amun and Kamutef. In fact, it has been totally overlooked that he held the high office in the Temple of Karnak as ‘Opener of the doors of the heaven in Ipet-sut’, i.e. in Ipet-sut, ‘the-most-select-of-places’, which was the name of the temple of Amun in Karnak. To hold this office must have placed Ankhefenkhons i among the few at the very top of the priestly hierarchy in Thebes, and it is very likely that the priestly outfit that he wears on the Stélé of Revealing belongs to this high office. – Read online or download this PDF file (11 pp.) containing an extract from FOR THE THELEMITES. [May need further proof reading]

• Regarding Aleister Crowley’s use of the phallus as his personal symbol, above is seen the ancient Egyptian hieroglyph for ‘sma-priest’, and as seen on the ‘Stélé of Revealing’ so was the Theban priest Ankh-af-na-khonsu also a ‘sma-priest’ – this title is also found twice on his smaller sarcophagus as ‘sma-priest of Kamutef’, the ithyphallic Amun-Re-Kamutef. It has been suggested that the hieroglyph depicts a conventionalized phallus sheath. (See also the extract "666 and 616".) 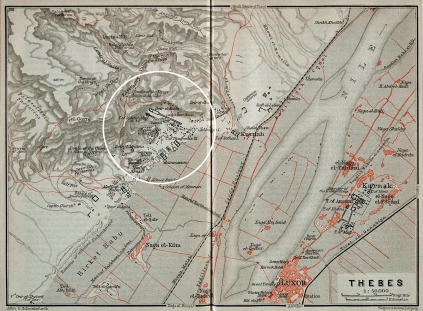