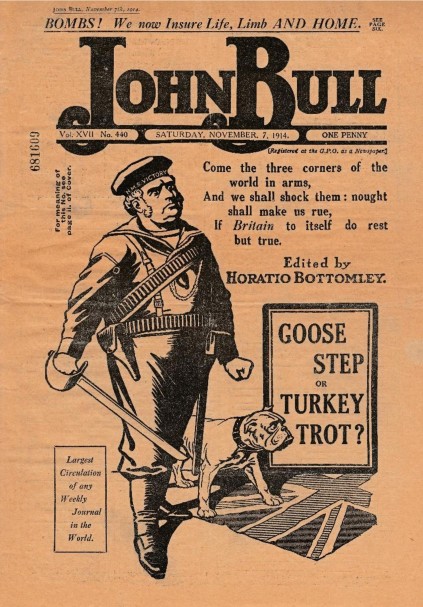 • Cover of an issue of Horatio Bottomley's pennyworth John Bull from the beginning of WW1, November 7th, 1914 E.V. – the war had started two month before on July 28th.

• Read about the English weekly journal John Bull and its crusade against Aleister Crowley whom they labelled as "The Wickedest Man in the World".

Who were the persons behind the crusade and was it, in fact, a carefully planned attack? Discover also that the articles in John Bull and The Sunday Express inspired other crusaders! – Read online or download this PDF file (56 pp.) containing an extract from FOR THE THELEMITES. [May need further proof reading] 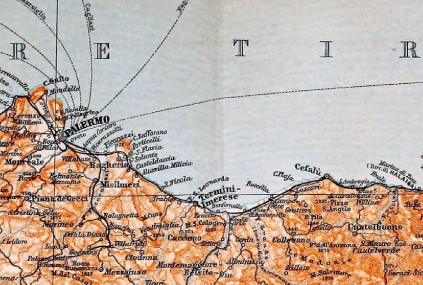 • Section of map of the Northern Sicily from the 1910s. Seen is Cefalù which is situated some 60 kilometres east of Palermo. 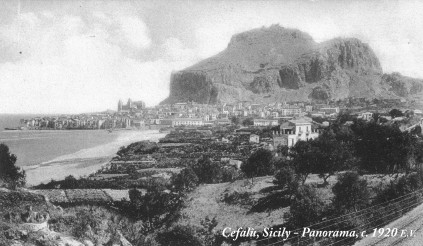 • Panorama of Cefalù on the North coast of Sicily c. 1920 E.V. Aleister Crowley arrived at Cefalù on March 31st, 1920 E.V., and the next day, Thursday, April 1st, he rented the Villa Santa Barbara, a small, low, eighteenth century, white, single-story house with thick plaster walls and a tiled roof, located in a vigorous garden, and there he established the Abbey of Thelema also designated Collegium ad Spiritum Sanctum, ‘College of the Holy Spirit’. 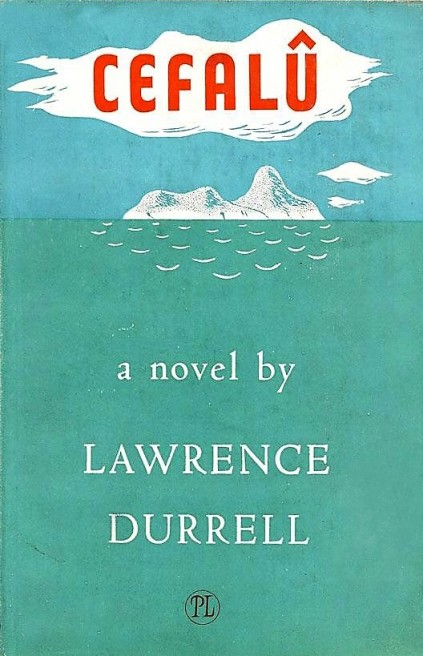 Aleister Crowley has inspired many authors and a more or less Crowley-based character has appeared in many books, however, there is probably a new author to be added to that list. In Crowley's year of death, 1947 E.V., the British novelist and poet Lawrence George Durrell (1912-1990), the author of "The Alexandria Quartet", published the novel Cefalû (above), a portrait of a group of English tourists on a cruise in the summer of 1950 E.V. who due to a rock fall are trapped for a time in the Cretan labyrinth, the "City in the Rock", home to the legendary minotaur (they are trapped just as the monster threatens to return) and situated by Durrell in a fictitious town in Crete "Cefalû" – Durrell first visited the real Cefalù on Sicily twenty-eight years later in 1975 E.V. Lawrence Durrell met his first wife Nancy Isobel Myers (1912-1983), in 1932 E.V., and she had the same year been introduced to Aleister Crowley by a friend of Durrell the British poet, critic, editor and bibliographer Terence Ian Fytton Amstrong (1912-1970), better known as John Gawsworth, and this meeting with the fifty-seven years old ‘Beast’ had apparently frighten the young art student out of her wit, as narrated by her daughter the British author Joanna Hodgkin (1949-). Durrell divorced his wife the same year as he published Cefalû and the book was "written, so Durrell was inclined to say, to pay for his divorce from Nancy." One of the book's characters is a spiritualist named Olof Fearmax who apparently meets the monster in the labyrinth – the last the reader hears of Fearmax is that he disappears in the dark corridors of the labyrinth carried away "in a soft wet mouth of enormous dimensions." I think that the book's somewhat surprising title of Cefalû had to do with Aleister Crowley, although the book's afterword stated "Not only the characters depicted in this story, but the events also, are fictitious; neither is based upon experience." Durrell says further that he was inspired by an account of a labyrinth in The Island of the Aegean by Rev. Henry Fanshawe Tozer, M.A., F.R.G.S., published in 1875 [sic, but 1890] by Oxford University Press, however, a book that not mentioned Cefalù on Sicily. Cefalû was later retitled The Dark Labyrinth. Durrell years later, in 1974 E.V., published the novel Monsieur or The Prince of Darkness that purported to articulate the Baphomet myth.

(An extract from For the Thelemites, Chapter 15 • The Equinox of the Gods, Part II., but here printed without notes and references which can be found in the PDF file above.) 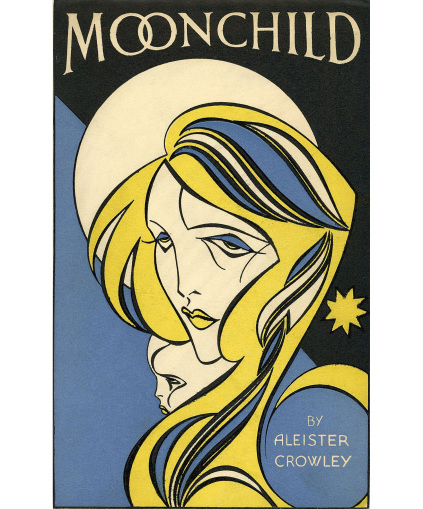 • Read also about the publication of Aleister Crowley’s Moonchild; A Prologue, which was published by The Mandrake Press in October 1929 E.V. – and as stated by a later Professor in his thesis “The Twentieth Century British Supernatural Novel: “The Moonchild is not only fascinating for what it reveals about Crowley but important in the historical development of the tale of terror.” The book’s Art Deco dust-wrapper was created by the English satirical draughtsman, painter and novelist Beresford Egan.

Link to the "Book Preview"
Link to "Home"